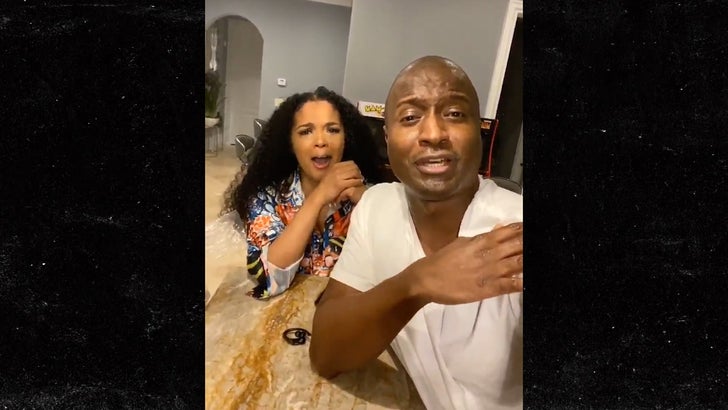 “Love & Hip Hop Atlanta” stars Kirk Frost and Rasheeda are laughing off rumors he adopted her as a teenager and then married her when she was 17 … and calling out wannabe Internet sleuths they say got it all wrong.

The couple addressed the allegations together in a mocking tone, with Kirk saying he normally doesn’t answer “stupid s**t” but felt compelled to do so this time … probably because some people were buying into it. 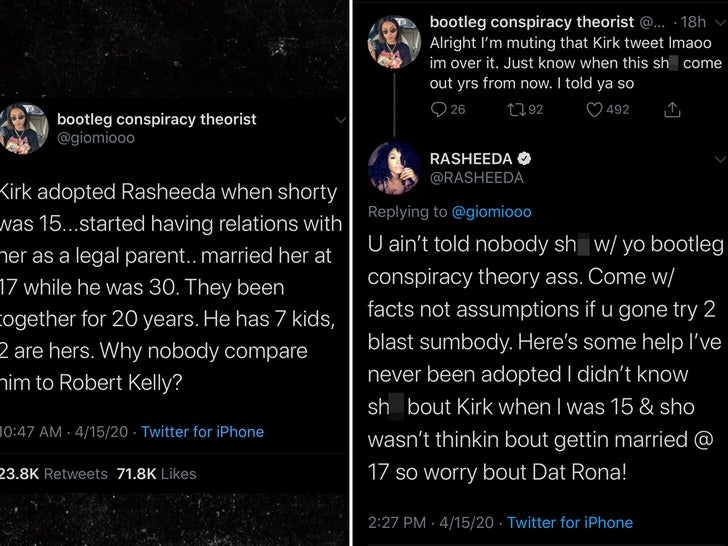 Here’s some background — Kirk and Rasheeda have a tumultuous relationship history, but they’ve made it work and recently celebrated 20 years together … which has been a big story on ‘LHHATL.’

A twitter user took that 20-year timeline and accused Kirk — without any evidence — of adopting Rasheeda when she was 15, having relations with her as her parent when she was a minor, and getting married when she was 17 and he was 30. The tweet also compared him to R. Kelly.

Adding fuel to the gossip is the fact Rasheeda’s listed age on the Internet is 37, so if they’ve been together for 20 years … well, do the math.

Here’s the thing … Rasheeda responded to the tweet with a flat denial, saying she didn’t even know Kirk when she was 15 and “wasn’t thinkin bout gettin married @ 17.”

In the video, Kirk makes it clear he never adopted Rasheeda and denies marrying a minor … and they both strongly suggest their ages listed online are inaccurate.

So, it seems the message the couple wants to get across is … don’t believe everything you see on the Internet, and let them live their life.